As you may know, the City of Hugo requested that SFV residents prune their boulevard trees this winter.  More on the history of that request can be found in these two previous website posts:

Hugo's Public Works Director, Scott Anderson and I discussed this subject over the phone earlier this week.  We both agreed that more information might be helpful, especially if that info comes from the City of Hugo.  Accordingly, Mr. Anderson sent me the following email yesterday:

There have been a few questions regarding the City’s request for boulevard trees to be trimmed in the Victor Gardens neighborhood.  I thought I’d send you a quick email to help understand why the request is being made.

Years ago, CPDC and City of Hugo staff met to discuss maintenance responsibilities in the parks and common areas of the development.  It was agreed that all boulevard trees, except in park areas and adjacent boulevards, would be maintained by the HOA or homeowners.  This is why when a boulevard tree, not adjacent to a park, is hit by a car (or eaten by a beaver) the HOA is responsible for its replacement.  The City does pick up and remove the dead tree for public safety reasons.  This agreement gave the homeowners of Victor Gardens a bit more control over how and when the maintenance of the boulevard trees was performed.

The City of Hugo is requesting that the HOA and homeowners perform the much needed pruning of the boulevard trees to prevent future damage to limbs by City equipment used during maintenance activities such as snow plowing and street sweeping.  Up to this point, HOA direction has been for minimal pruning and the result is trees with limbs beginning to grow out into the roadway.  City staff would like to see the trees pruned in a way that encourages upward growth and eventually outward growth.

With that being said, the Hugo Public Works Department is willing to perform the tree pruning, however, it would be done according to the City’s “Tree Trimming Policy” and a more aggressive approach (to maximize the time between pruning) would be taken.  The request from the City for the HOA and homeowners allows the residents to perform the pruning in a manner that better suits themselves and still satisfies intent of the City’s policy.

If you have any questions, please feel free to call!

For those SFV residents who responded to my pruning inquiry email, thank you.  I've submitted to Goetz Landscape Inc. an approximate number of boulevard trees that residents said they might be interested in having Goetz prune.  Additionally, a number of you said that you had other side-yard or back-yard trees that you might be interested in pruning also.  A few of you also asked about removing dead shrubs, beaver damaged, trees, etc.

Now that Goetz has that raw data, I'd expect them to respond within the next few days with pricing and next steps for those interested residents.

When I have more info, I'll pass it along. 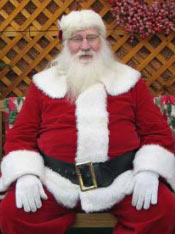 Tell him that you've been nice and don't forget to bring along your wish lists!

Please join us on Saturday! See you at 1:00.
Posted by MV