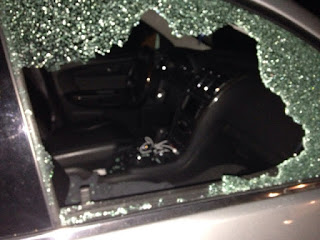 Today, we received a note from a resident whose car had been broken into last night and a purse stolen. Be vigilant against break-ins:
Posted by MV

Fall is in the air and it's again time to winterize your irrigation system.  Shawn Herman with Classic Lawnscape has been offering our neighborhood a group rate of $50/ lawn (cash or check payable to Shawn Herman).  The group rate will be valid the weekend of October 21 and 22. THIS PRICE IS ONLY GOOD ON THIS WEEKEND.

Other times can be scheduled if this does not work for you but regular season rates will apply.

This is the tentative route he would use for the weekend based on last year numbers to help give residents a rough estimate of where they would be on the schedule.

On the 22nd the start time will depend on number of participants.  It probably would not be before 11 am.  I would begin again on Val Jean from the bridge heading east to Everton.  North on Everton, east side of street, to Provence.  Around Provence back down west side of Everton to Val Jean.  Then west down Val Jean to the Bridge.

As usual timing/scheduling will be totally dependent on the number participating and if there are any unforeseen problems encountered during the day.

Please contact Shawn directly with questions or to signup.