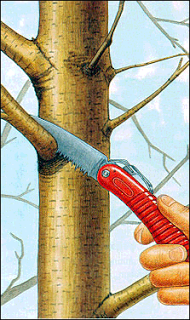 Unexpectedly today, on my way driving back into the neighborhood, I noticed a busy City of Hugo crew limbing up lots of boulevard trees.

In a few previous blog posts, Facebook messages, and emails I've described the City of Hugo's desire to convince VG's Single Family Village homeowners that they should prune their boulevard trees.   Some residents responded to that message, but most did not.  The City has decided to move forward on their own to prune the trees.

If your boulevard tree(s) hasn't been pruned by the City yet, they likely will in the near future.

Here are a few previous posts if you'd like more info on why this is happening:
Posted by MV

At the last Master Board meeting, the members discussed the possibility of not plowing the perimeter sidewalks in Val Jean and Arbre Parks.  The idea is that this might be unnecessary since the parks are so rarely used in winter, and that money could go towards plowing the Victor Gardens' walking trails (owned by the City) instead.  Presumably, the walking trails would receive more winter use as a result. This idea probably would not apply to Victor Square Park, because of it's greater winter foot traffic, car traffic and the school bus stops contained therein.

Jennifer contacted the City of Hugo about this possibility, and she reported to the Board,

"The City has a priority list of sidewalks they will clear in the winter time.  It has to do with the amount of traffic, snow push volume and proximity to schools.  If a sidewalk is considered a low priority (in front of residential homes or parks that do not have winter attractions) it is expected that everyone follow the “good neighbor” system and clear the sidewalk near them.  This idea is especially expected when sidewalks are within Associations.  The City expects the Association to be a “good neighbor” and clear those sidewalks and parking areas.  I asked if there was any sort of ordinance requiring this and the answer was no and that the City Counsel is against creating one.   This means the Association can stop clearing those sidewalks if you [the Board] desire without consequence from the City (homeowners may feel differently)."
Posted by MV