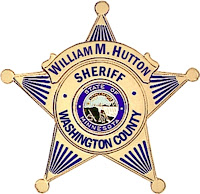 Early reports of very unusual neighborhood crimes were told to me by residents today.

A parked car was stolen late Saturday night from inside a garage in the Single Family Village neighborhood.  Keys were inside the car and the garage door was accidentally left open.  The car was later found undamaged about 15 miles away.

A different resident reported to the Sheriff that their car's catalytic converter was cut out and stolen the same night.  The car was parked outside their garage in the driveway.

The same night, yet another neighbor reported their home's central alarm was activated by the opening of a rear patio door.