The following comments are my personal opinion and not necessarily those of the rest of VG's Master Board. 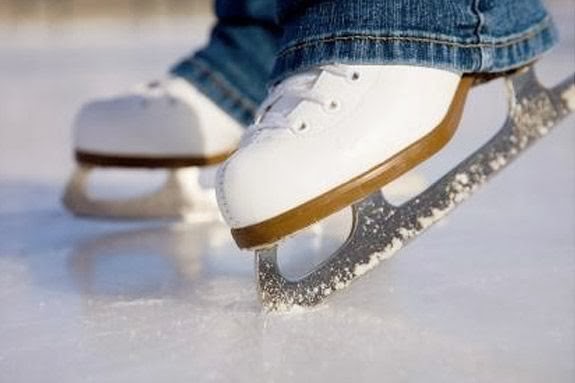 At it's Victor Gardens Community Association Board Meeting last evening the members discussed again the desire for families to be able to have a place to ice skate within the neighborhood.  A few differing perspectives on this were offered.  The Board believes in taking positive steps to explore possibilities for creating a community ice sheet / ice rink though.  The unfortunate truth is that many of our parks and trails are not used much in the winter months.  The parks are bustling with activity in the spring, summer and fall.  It's a ghost town, however, once the snow flies.  For many residents, it's quality of life issue over the long season. It would be great to see these parks utilized to a fuller potential during winter.

A few years ago, a small group of interested residents and I met to discuss the possibilities, pros and cons of installing an ice sheet within an existing park in Victor Gardens.  Here's that post. Although I've never played hockey and never learned to skate well, I was interested in what the group's members had to say.  As no body with a differing point of view attended the meeting, I put myself in the position of "devil's advocate" for those residents who might've had reservations or mixed feelings about an ice rink.  The aesthetic appearance of such an ice sheet was extensively discussed, in addition to the impact an ice sheet might have on the park itself.  We had a very good, productive conversation.  I was very impressed with the level of interest in creating such an amenity and equally impressed that everyone agreed that the amenity had to look good, in keeping with Victor Gardens high standards.

Last fall, one of Victor Gardens resident families applied for and received the Single Family ARC's approval to create a back yard ice sheet.  It looks great, and just as the homeowners proposed. Anyone who has seen this picturesque miniature ice rink tucked along Everton Ave. must realize that it's possible to balance the desires of skating enthusiasts with those who are concerned about maintaining a great looking neighborhood.  This particular ice sheet sets the example, in my judgement, of the best of both worlds.

Of course, people have been skating in Victor Gardens since the beginning of the development (and perhaps before).  Although there were installed signs in some areas that cautioned against it, the fact remains that the storm water ponds were an attractive skating place for many families.  The legality of this has been debated, but I'm of the impression that the storm water ponds are under the jurisdiction of the State of Minnesota (DNR).  As long as the "protected wetlands" are not disturbed, I don't see a problem with residents clearing the snow off storm water ponds for skating.  Someone could correct me if I'm wrong, but the Association's property ends at the shoreline, so the Association's Board wouldn't have the authority to prevent skating on storm water ponds even if it wanted too.

It should also be noted that using these storm water ponds in the winter for skating is one thing.  Using them for summer recreation is entirely different.  Storm water ponds are designed to handle rainwater runoff along with designated wetlands.  Along with that runoff comes chemicals nobody should swim in or eat caught fish from.  Ice skating's a very different story though.

Through it's discussion last night, the Board members discussed the positive, community building aspects of having such a winter sports amenity.  I'd like to see this idea explored further.  Of course there will be some who express concern about what such an amenity might look like, how it's maintained, who will pay for it, etc.  I believe those are all items that can be addressed in a thoughtful proposal and ongoing approach.  We have examples of how good it could look, and we have Victor Gardens residents who are willing to explore the idea further.  I for one am looking forward to what they come up with.